Benjamin Savšek, the Slovenian canoe champion, became in Bratislava first Slovenian canoeist to qualify in to the Slovenian national team and will perform in this year’s European Championship (from May 30 to June 02) in France and in the five World Cup races and at the height of this year’s season at the World Championships in Spain at the end of September. Benjamin is also a member of the development team ROTO, where he is involved in the development of RotoATTIVO kayaks and canoes. 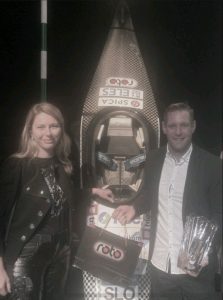 In the BoberMarine colnarna on the Ljubljanica river, we replaced the 12-year-old ROTO canoes with new ones.🥳